bloomeanie
Corporate Wonk with Editorial Ambitions, living with the South Beach Diet as my constant companion. I have lost 50lbs since 2005 when I started. 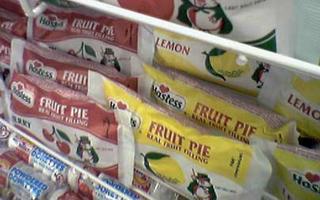 One of the most curious things about being on a diet is how people continuously insist that I CAN eat "carbs" now that I'm on Phase Two of South Beach. I know they all mean well—they all just want to share the joy of the glycemic-coma inducing spud. But the truth is, I don't want the potato. I don't want the white bread. I don't want the pasta. I did have a moment of longing as I poured Ruby's untouched second helping of whole-milk-soaked Golden Grahams down the disposal, but aside from that and dreams of Kellogs, Post and General Mills cereals, I want to be on my relatively carb-free existence. I eat bread every few days, and once in a while I'll have some whole wheat pasta or oatmeal. But I don't crave the carbs so much that I'm looking for any excuse to eat them. Quite the opposite really, I prefer to stay on the regimen, and see where I can get to next. I assume that at some point, I will plateau and THAT will be my goal weight. I will almost certainly still have a spare tire.

What would I eat if I was going to go off my diet? What do I crave that I have denied myself? What do I miss the most? The truth is, sitting here at the computer, I can't answer that question. I was having a fond remembrance of a steak, onion, cheese, ham and pepperoni sub that I ate about a year ago (with potato chips). To say my gluttony had reached epic proportions that day is probably an understatement. The thought of eating that kind of food brings up a kind of revulsion that I had for my self—and I don't want that. I think I might eat a few nachos; eat some popcorn at the movies; have an ear of buttered corn at a barbecue, like that. Maybe have a bite of something chocolate. But I don't see a full-tilt binge in my future. Maybe an egg roll at a Chinese restaurant, maybe a slice of pizza. For extremists, maybe a Hostess Lemon Pie with a chocolate milk back. But that's where I draw the line.
Posted by bloomeanie at 11:54 PM

Hi, Just checking in to say hello and tell you how great I think you're doing. And I can't even figure out how to not be anonymous! Love, MOM

and when is Em coming out with her cookbook? ;)

Things I learned on sobe-day2: don't watch back to back eps of BBQ with Bobby Flay...it's just not right.